Knowledge
Categories
Get In Touch With Us

How to Identify Granite & Quartz?

A basic tenet of rock collecting is, "Minerals are not rocks, rocks are made of minerals," as stated by Don Peck at Rockhounds.com. Minerals such as quartz form the building blocks of rocks such as granite. Granite is an "igneous" rock, formed deep in the Earth's crust by cooling magma. Quartz is a crystalline mineral. As a collector, you'll want to be able to identify both granite and quartz. This may require more detective work than you expect, since natural granite and quartz rarely resemble the polished kitchen counter at your home-improvement store or the glistening chunk of crystal in the museum case. 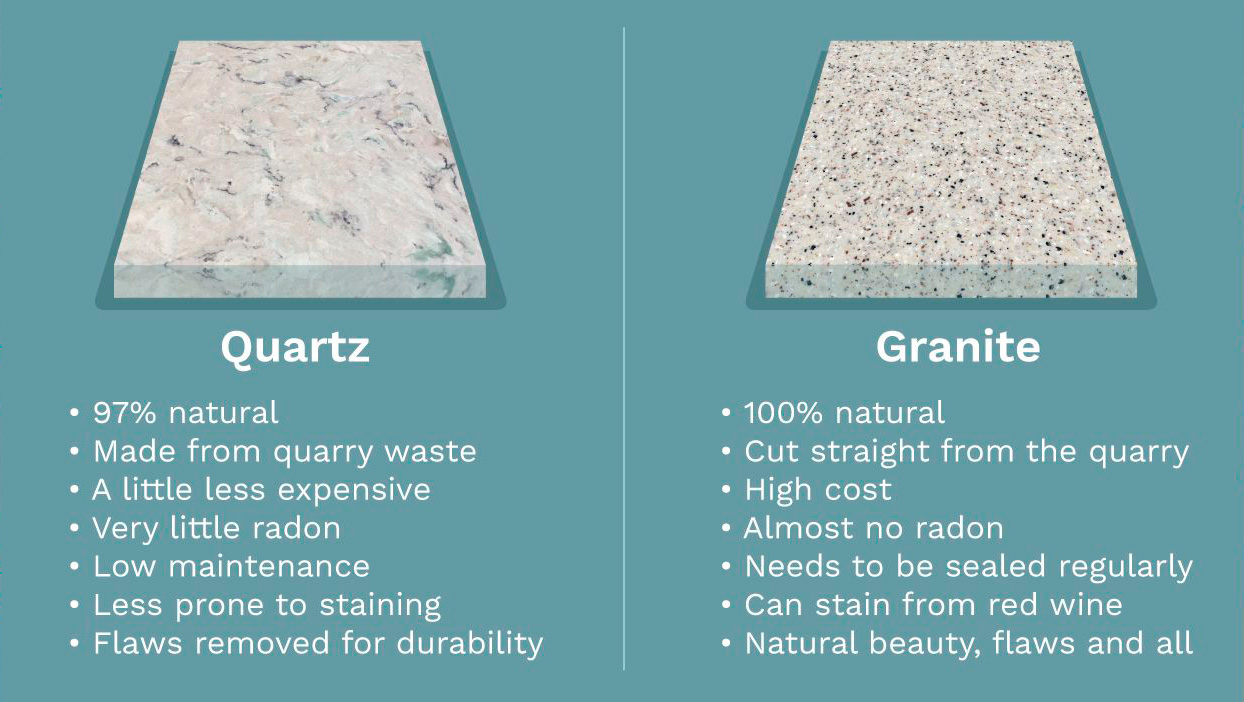 Check the color of the rock you suspect is granite. Color is determined by mineral content. Granite is made mainly of quartz, feldspar, biotite and muscovite; it sometimes also contains hornblende, augite, magnetite or zircon. Most of quartz's color comes from feldspar, which yields white, light gray, yellowish or pink tones. Biotite and hornblende produce black specks, and muscovite imparts a silvery or brownish color.

Look at the grain. Granite ranges from coarse-grained to very coarse-grained. It has a distinctive mottled appearance from the intermingling of all its component minerals. A coarse-grained rock is one in which the grains are about the size of a piece of rice, or larger.

Test its hardness. Like the minerals from which it is formed, granite is very hard. If you try to scratch it with a pocket knife, it should be difficult to mark.

Familiarize yourself with the types of quartz. Quartz stone occurs in many different geological environments in literally dozens of forms. Although the majority is hidden in granite and other quartz-containing rocks, it is also one of the few minerals that form homogeneous, rock-like crystals; these crystals are what most people associate with the term "quartz."

Identify rock crystal quartz. This is rock-like chunks of crystalline quartz not mixed into other rock. It comes in many geometric shapes, including prisms. Although pure quartz is completely clear and glass-like, the trace minerals or elements can tint it different colors, including yellow, rose and purple. In fact, amethyst is technically a form of purple quartz.

Identify the type of rock in which quartz may be embedded. In igneous rocks, bits of quartz will appear gray, while they will be gray, yellow or red in sedimentary rocks, which are rocks formed in pressurized sediment. Quartz will be gray or white in metamorphic rocks, which are rocks formed by a combination of great heat and pressure. Quartz is most common in igneous rocks.

Look at its shape. Rock crystal quartz forms a variety of geometric shapes comprising variations of six-sided prisms. On the other hand, quartz embedded in rock is irregular. It is the last mineral to crystallize as the forming rock cools, so it does not appear to the naked eye to have a definite shape. Instead, it will form an amorphous blob embedded in the rock.

Check its appearance under magnification. If you look at it under a lens, quartz embedded in rock will look glassy or waxy and will not have obvious smooth surfaces. Rock crystal quartz often has tiny striations, or horizontal lines, on otherwise smooth surfaces, indicating the pattern of growth of the crystal over time.

Test its hardness. Quartz is very hard; you will find it difficult to scratch if you attempt to do so with a pocket knife.

If you wanna see more popular quartz surfaces, please visit the below link.

Established in 2007, Joint Home is one of China's major quartz stone slabs companies specializing in the production and supply of quartz slab for many commercial projects and high end residential projects. Our factory offer a diversified range of products, such as quartz slabs, quartz countertops, and artificial stone. With over ten years of combined experience and knowledge in the quartz stone industry, we can also offer custom designs and OEM services.

With over 10 years experience on Quartz Slabs Quartz Stone.

Promoting Your Business With Our Trendy Quartz Stone?

Please enter your information below. We will contact you once your request has been received.